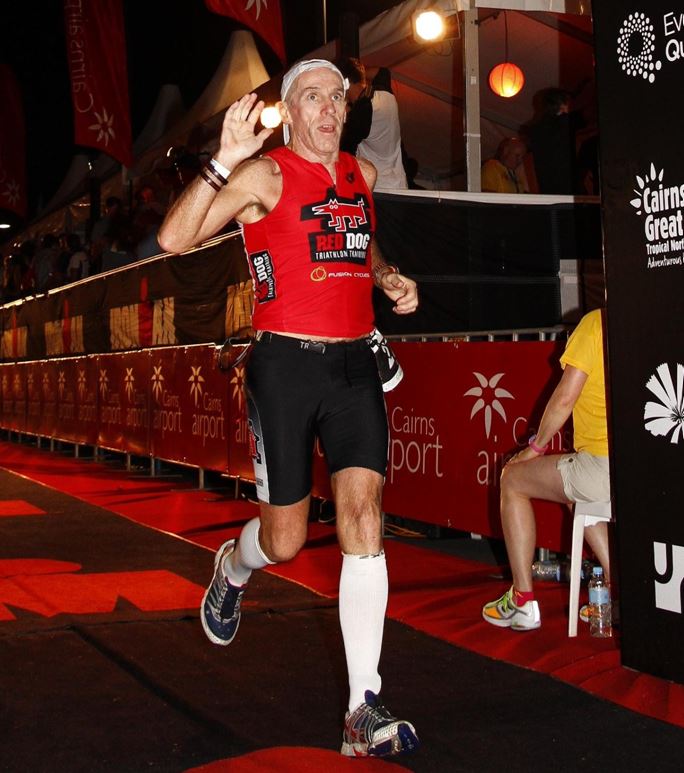 Congratulations to Ian Fabian on being selected as Reddog’s Athlete of the Month for July 2013. Well done!!!

He wins the award for hisoutstanding effort at the Gold Coast Half Marathon. He has been training with Reddog since March 2011 and never missed a social event, single handedly taken the RTT tent to and from races and is the only member to have never missed the Thursday morning tough laps TT.

A big thank you to Fusion Cycles,Endura and the team at No More Knots for donating this month’s prizes.

I look around at training and see all these athletes who have won national championships and even world championships, so I am quite humbled.  This is going straight on my CV.

After thinking about doing a triathlon for more than twenty five years, I entered Kingscliff in 2011 a few days before I turned fifty, and came last in my category by three minutes. Afterwards, I contacted this guy I’d seen on the deck at the Valley Pool running a lunchtime squad and he looked like he knew what he was doing. Two years later after some great coaching and support I was able to return to Kingscliff and win my event by three minutes, so I definitely made the right choice.

That would be like taking over Bart Cummings stable in Melbourne Cup week.  However, if I was able to gain access to the Reddog discretionary expenditure account, I’d take the squad up to PNG for a week of dawn to dusk training through the mud, mountains, torrential rain, streams and unbearable humidity on the Kokoda Track.

I’ve got some tough events in the next couple of months, so currently around 15-20 hours per week and mixing up the swim/bike/run with some cardio weight sessions, rowing machine and other gym work.

5. Least favourite session and why?

I generally enjoy all sessions but there are some swim drills (okay, most swim drills) I find a bit challenging.  Trent once told me that if my stroke count gets any higher that he’d bring his dirty laundry and throw it in my lane to get his washing done.

I'll use this one to wish a previous Reddog Athlete of the Month and inspiration to many, Danielle Raynor, all the best in her recovery from a serious bike crash.

It’s more than just a quote - Al Pacino pre-game Inch by Inch: a speech in Any Given Sunday has some great lines about rising to the challenge that can be adapted to any sport, and many other tough situations.

I think it helps if your attitude towards training reflects the symptoms and characteristics of obsessive compulsive disorder as outlined in the Diagnostic and Statistical Manual of Mental Disorders.

For now, I'm just preparing to do the best I can in World Championships next month and then I'll start to focus on a few long course races and Ironman Australia in Port Macquarie in May 2014.

The match race would be a promoters dream, though I think he's got me covered :-)

Until recently, I had been coaching junior basketball for around ten years and that was a lot of fun but training and work commitments put an end to that.  I can, however, sit up and play Texas hold ‘em poker all night. 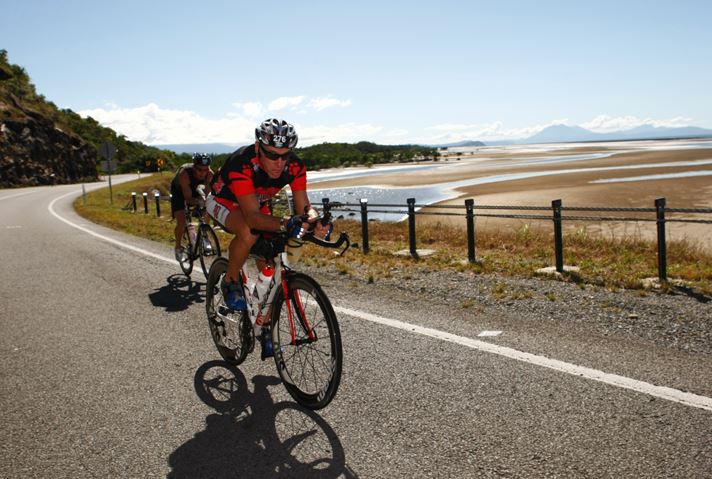