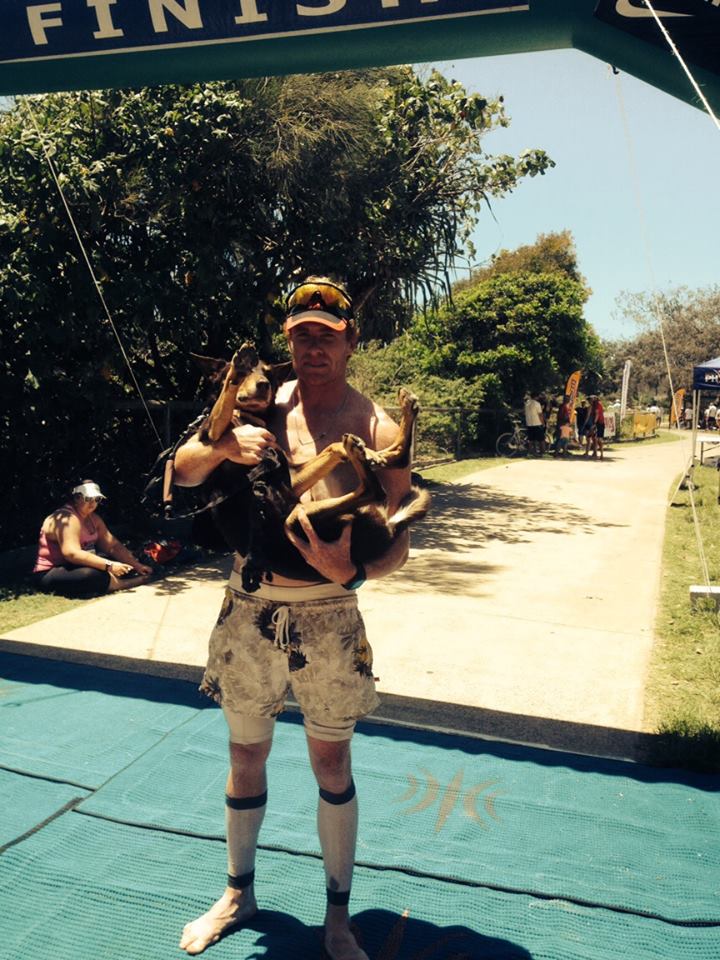 Congratulations to Guy Constant on being selected as Red Dog’s Athlete of the Month for June 2014. Well done!!!

Guy (aka Grounds Keeper Willie) wins the award for his outstanding performance at Cairns Ironman & being the first Red Dog home. Well done!

A big thank you to Active Stride, All Hose & Valves and GMN Vegie Prepi for donating this month’s prizes. 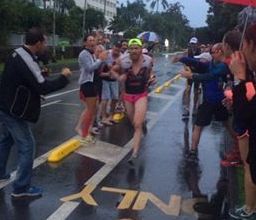 1: Red Dog AOTM, how do you feel about that?

Very honoured especially in the month of the Cairns Ironman. So many great performances including place getters in the 70.3, first time IM's and the few that aimed for sub 10 and did it. But my favourite performance of the day had to be GB, I had icicles in my beard and he was still chugging along, what a legend.

2: What attracted you to the squad?

I signed up to Port Mac IM 2013 and a few months out I thought "sh#t I’m going to die if I don’t start training". Trent will remember, I took a month off work knowing that I was a deadman otherwise and pretty much went to every squad session.

3: If you were Red Dog coach for the week, what would you do differently?

Probably include a legs session at the gym including deads, squats and cleans and see how many people can walk 2 days later.

4: How much training do you do at the moment?

My training is very sporadic at the moment no structure at all which is not the most efficient but it works. So I just do what I feel like whether its gym, long run or ride even though the gym is probably hindering my triathlon ability, I can’t give it up it’s a daily habit for me now. I get withdrawals if I don’t see the place for 2 days haha (notice no mention of swimming)

5: Least favourite session and why?

Swimming! Most inefficient swimmer ever 300% effort for very slow speed. Anyone that has swum in the lane beside me will also know to watch for swinging arms.

To beat Flouch at his own game. I call it a 'Colonel TT' (Eat a KFC bucket of chicken followed by a 1km TT in the pool) I know I’ve got no chance but it’s a 'wish'.

The best pace is a suicide pace, and today is a good day to die" (Steve Prefontaine middle distance runner also know for his great moustache)

8: What advice would you give to other Red Dogs who would like to be AOTM?

Consistency!!!!    In previous years I have been very inconsistent and this showed with my results. I put in a few solid months of training pre-Cairns including my diet. I ate well, salmon by the kilo and heaps of vegies as there was no point training hard and not banking it by eating the wrong diet.  I got the result in Cairns I was after.

Think of the craziest races on the planet and yeh it’s probably on the list but definitely to race on the big island one day.

10: Who would be your ideal training partner?

Undoubtedly my best mate Jack (dog). He does all my long runs with me and considering he is around 70 in human years. His probably the fittest person/dog I know. I hope I can run 4min K's at 70! But at RTT you can’t go past athletes like Harts, Cowan, Vickers, Crowley, Mathers, Dimsey, Sweeney and Bri they all know a lot more about triathlon than me and Vickers continually reminds me of this his words "Chopper" haha. But I also enjoy just as much training with big personalities like Flouch, Farry and Joey which turns a hard session into me just laughing for a couple of hours.

11: What do you do outside of triathlons?

It’s only in the last few years I have narrowed my hobbies down to one (triathlon). I grew up by the water so everything water related surf lifesaving, windsurfing, surf boat rowing and a bit of surfing. Also find time to catch up with friends over a few beers, weekends away and anything in the great outdoors. 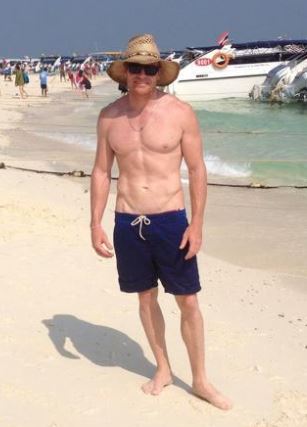