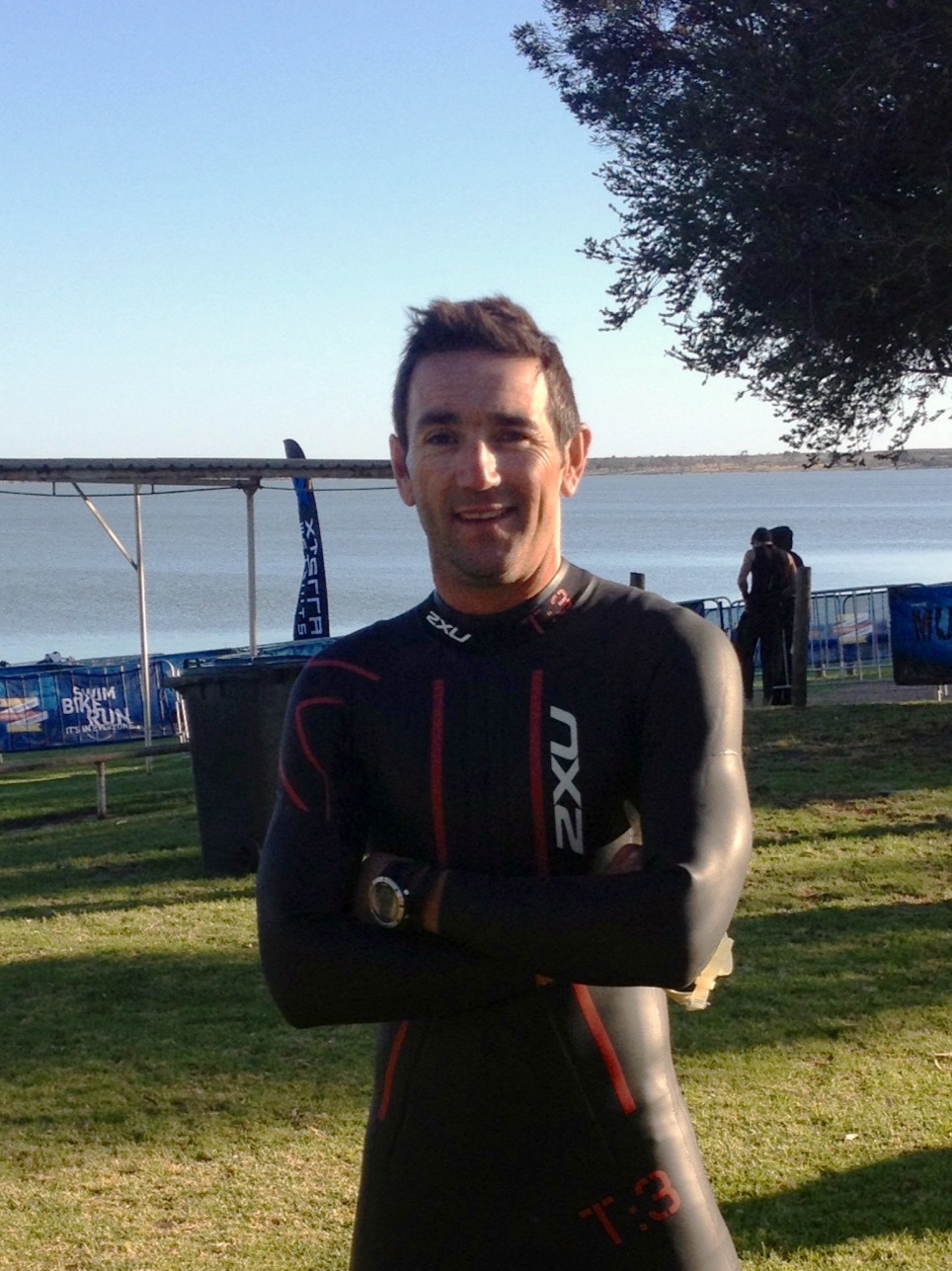 Congratulations to Brett Jenkins on being selected as Reddog’s Athlete of the Month for November 2013. Well done!!!

He wins the award for his continued commitment to training which culminated in him winning the M40-44 age group at the Murrayman Long Course (National) Championships in Barmera, SA.

A big thank you to Endura, No More Knots, GMN Vegie Prepi and Aqua Shop for donating this months' prizes.

It is awesome, to get the AOTM when there are so many great triathletes in the squad doing so well across events. It's like I have gone from a reddog to the topdog.

Basically, I used to swim like a very large rock. I remember getting out of the water almost last in my age in April 11 after thrashing around madly during the Redcliffe triathlon. At that point I realised my self paced swim program/tuition was not going to cut it. After a brief layoff for 4 months (recovering mentally) I went to my first RD swim set as fear had set in as by then I had booked for Cairns Challenge 2012.

Maybe introduce some off trail running sets, these sets are among my top runs - the time just flies by with the trees.

Doing very low mileage as I am forcing myself to go easy for a month or so as I have been training pretty hard since I joined squad. Kind of enjoying it as well.......just can't eat as much!!

5. Least favourite session and why?

Health and happiness for my family.

If you don't put in in the dark you get found out under the lights.

Keep training, and pushing hard. I never thought I would be in the running for it.

Race honu hawaii 70.3 and get on the podium for my age. My daughter broke her arm this year the day before we were leaving. An operation the next day meant we never got there. Maybe 2014.

Basically anyone that pushes me along. Say rocket in the pool as he is busy trying to grab the toes so always trying to get further in front. On the bike and run there are so many good athletes just training amongst them and trying to get out front.

Is there time outside of tri? No I Help coach my kids sports teams (if you ever see me bail from a Saturday ride early this is why), camping, renos, and socialising.

12. What's your one guilty pleasure?